The last blog was triggered by spotting an “I’m grateful for my IBD” post, this one is about another trend I’ve noticed – “Illness Top Trumps” or “my illness/condition is worse than yours”.

It’s played over SoMe, especially on Facebook forums. The “game” usually starts with a post along the lines of “IBS is worse than IBD” or “Ulcerative Colitis is worse than Crohn’s disease”. The ensuing discussions rapidly become very heated, abusive and always completely miss the point that two patients may have been diagnosed with a disease but experience its effects in vastly different ways. It’s QOL (Quality of Life) that matters. How much does the condition prevent you from living a “normal” life? Has it caused you any psychological issues?

The diversity of paths that each of us travels was made clear recently with the Twitter hashtag #MyIBDHistory. A friend of mine (and now fellow blogger – @bottomline_ibd) had this great idea (whilst idly daydreaming on a roasting hot afternoon) – could she condense her IBD history into just one tweet of 280 characters? Having succeeded she decided to release it on Twitter as the “#MyIBDHistory Tag Challenge”. Over 1,000,000 impressions later it has really taken off and resulted in many IBDers taking the challenge and posting their potted history.

The histories make fascinating reading and it’s very humbling when you realise just what some of the respondees have gone through, or are in the process of going through, under the catch-all umbrella of IBD. Each person has presented their story in a slightly different style and what has beem particularly gratifying is that the responses from others have been very supportive without a hint of oneupmanship.

There have also been positive reactions from HCPs who have also found the Tweets inspirational and informative. If you get a chance they are well worth a look. Personally I realised that despite having Crohn’s Disease for many years I have escaped lightly and for many years my QOL has been virtually unaffected.

There is another variation on Top Trumps based around “what I’ve got is so unusual that I’m very special”. These do not usually descend into conflict as who wants to argue with a special one?  (unless it’s Jose Mourinho). There’s a corollary to this – EIMs (Extraintestinal Manifestations). These may potentially have a far worse effect on QOL than the original disease. An EIM, taken in isolation, may be a relatively common issue but many patients will suffer from more, sometimes many more, than one EIM. By looking at their WHP (Whole Health Picture) the combination of multiple EIMs, together with the original disease, may add up to them also being “special”.

Confession time –  I have to admit that I’m not squeaky clean when it comes to oneupmanship. I have mentioned my surgery from 2010 many times (what do you expect from a Crohn’s patient blog) but haven’t been able to stop myself from quoting the surgeon who said it was “one of the most complex operations” that they had ever undertaken. There, I’ve done it again. I’ve tried analysing why I feel the need to mention this piece of information and why it is one of the few aspects of Crohn’s that makes me emotional. At first I thought it was a case of Surgical Top Trumps – “my operation was more difficult than your operation” but I’ve thought about it very long and hard and concluded it’s my sheer awe and surprise that a body and mind, my body and mind, could undergo such an ordeal, come out the other side, survive and thrive. 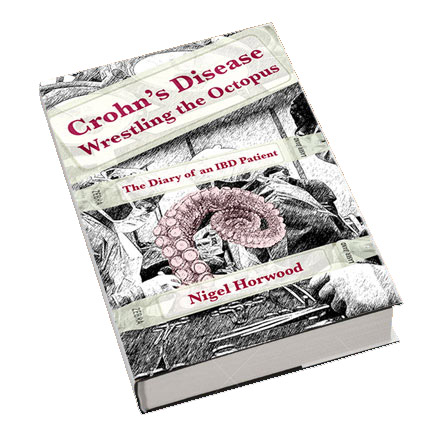