When 10th October 2018 arrived I had reached the 8th anniversary of my ileostomy. When I left hospital I had learnt two things about potential future surgery – the average time between operations for Crohn’s patients is 10 years; recovery time is improved by the fitness and weight of the patient but increases with age. Based on these two principles I set myself  the target of boosting my exercise and reducing my weight to around 80kg so that should I need to go under the knife again then I was in the best possible state for a speedy recovery.

Having taken the decision to retire early the exercise is mainly physical work around the garden, mucking out stables and taking long walks photographing London (when the opportunity arises). I’ve been achieving my targets and feeling “very well”. There have been a few “blips” along the way but these would come under the heading of EIMs (Extra Intestinal Manifestations – see previous posts). I’ll stick with “very well” from a Crohn’s point of view.

…and then a few weeks ago the unplanned visits to the bathroom started again. They had been happening sporadically over the 8 years, lasting a day or so on each occasion. so at first I wasn’t concerned about the latest occurrence but when it  reached the third day, without any improvement, it was time to take action. I emailed my gastro consultant to ask his advice. “Ask your GP surgery if they can carry out stool cultures to look for possible infections and C diff” was the reply. Yes, my surgery could do the necessary tests upon receipt of a fax!!! from St.Thomas’. (A fax? How last century. What’s wrong with an email?)

I went and saw a GP who suggested increasing the Loperamide to the maximum I’m prescribed – 12 daily. After a further couple of days everything returned to normal. When I went to collect the test results they were negative so, as usual, nothing to explain the problem. However one of the GP’s receptionists commented that she hadn’t seen me for a while and thought I didn’t look well. She suggested I should see a GP again. There was a slot that afternoon and after discussing my case  I suggested that a blood test might be a good idea (having not had one for over a year).

When the results came back there were no real surprises except for my Hb which was 112. When I checked my previous results I had been around this level for 2 years. To me it seems low and the Ferrous Fumarate I have been taking for many years has had no effect. (Is it not supposed to be a short erm measure to correct an imbalance?`) I had mentioned it before to both my consultants and GP and it did not seem to cause them any great concern.

Call it serendipity but I just happened to see a conversation on Twitter between an eminent Professor (who specialises in iron deficiency) and one of the BBC health programme presenters that tend to dumb down health issues for the masses. His point was that simply taking iron supplements was not the solution to the deficiency. I joined the conversation and mentioned my particular issues. I got a prompt and unequivocal reply – “You, sir, need treatment”.

…and so to my dilemma(s). How much store can be put in my feeling well and being able to carry out any activities I wish to undertake? Do I really want to undergo another range of tests in an attempt to explain, for instance, my calprotectin level of 1300? I’ve already been through  multiple colonoscopies, biopsies and scans – all showing no evidence of the Crohn’s having restarted. Is “do nothing” a viable option or would such a “pathway” not even be contemplated in some institutions? Do I want to start taking a new drug treatment for my Crohn’s just in case it is becoming active? The standard treatment would have been a maintenance dose of Azathioprine but that has already attacked my bone marrow and caused my platelets to plummet. The most likely choice would now be one of the biologics with the possibility of going through a long trial and error process until the right one is found.

…and my final dilemma is how to broach the subject of opinions I have read on Twitter, not even some medical web page, without giving the impression that I do not trust my present treatment.

8 days to go until 5th December when we will find out which of the #ToryRats will be jumping from the #CorruptTory ship. Is anyone running a book on it? #DayoftheRats
h J R
@crohnoid

Too wet to work in the garden so bath time for #Houdi. He was very good and didn’t attempt to escape #GreekAnimalRescue #GAR https://t.co/N3IEBZonwc 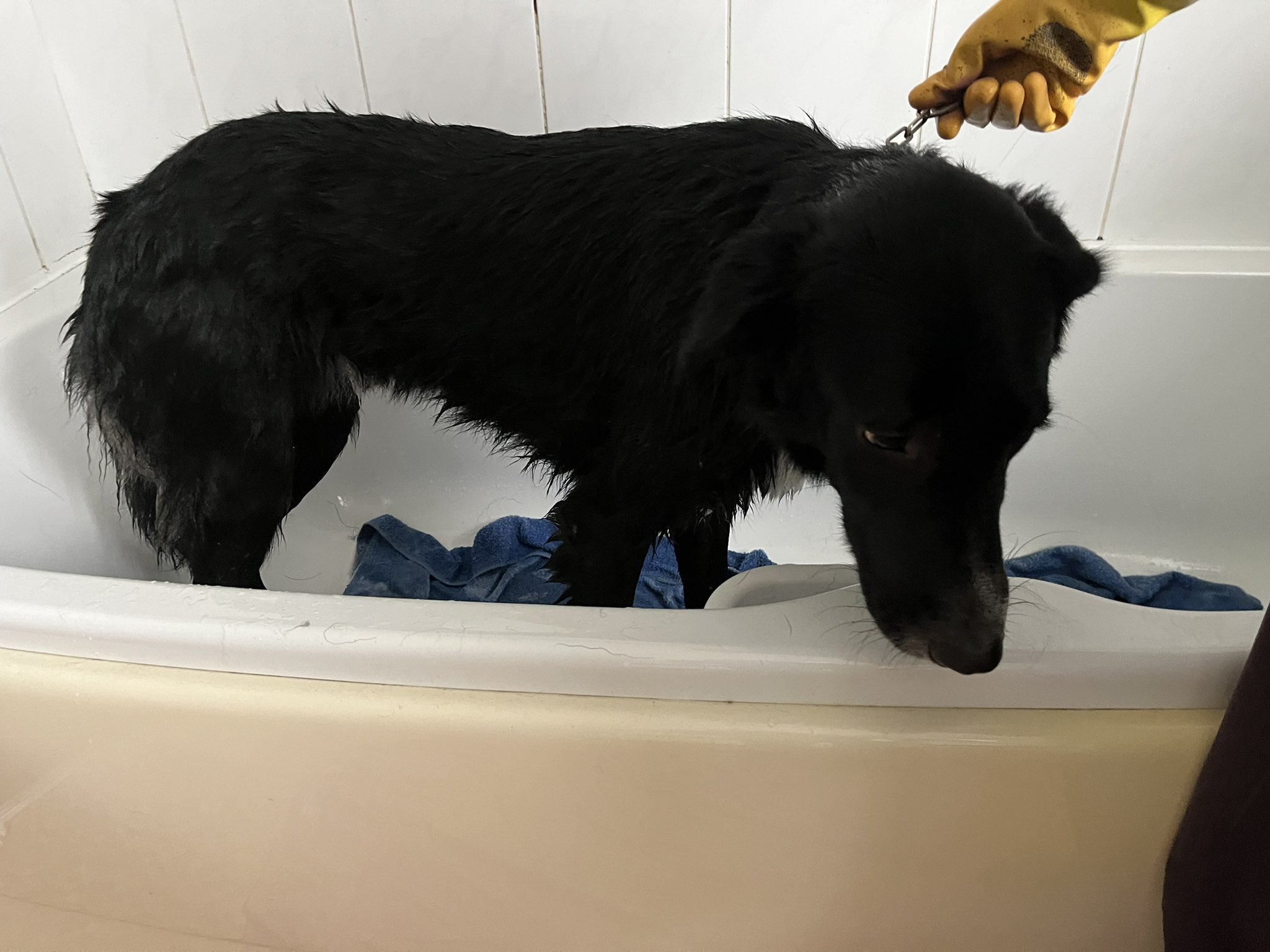